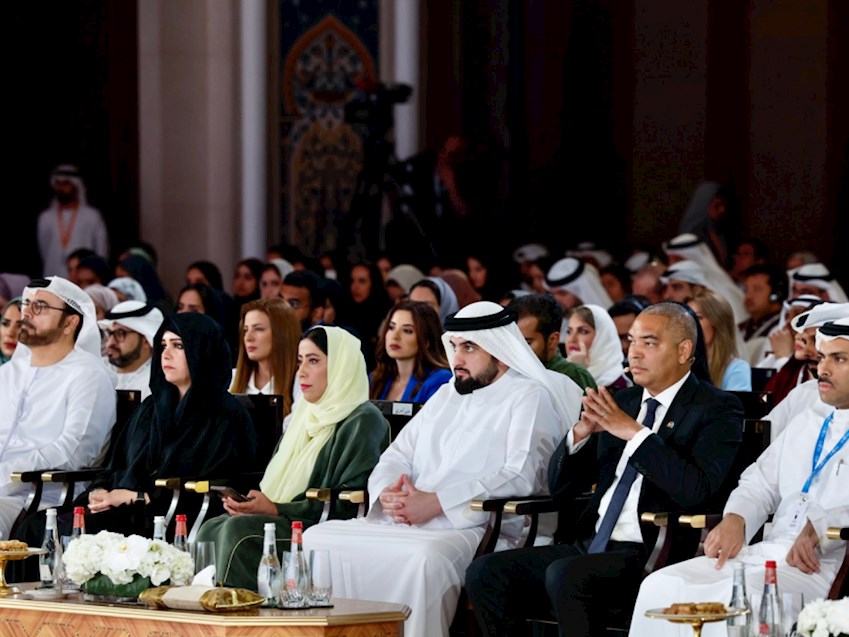 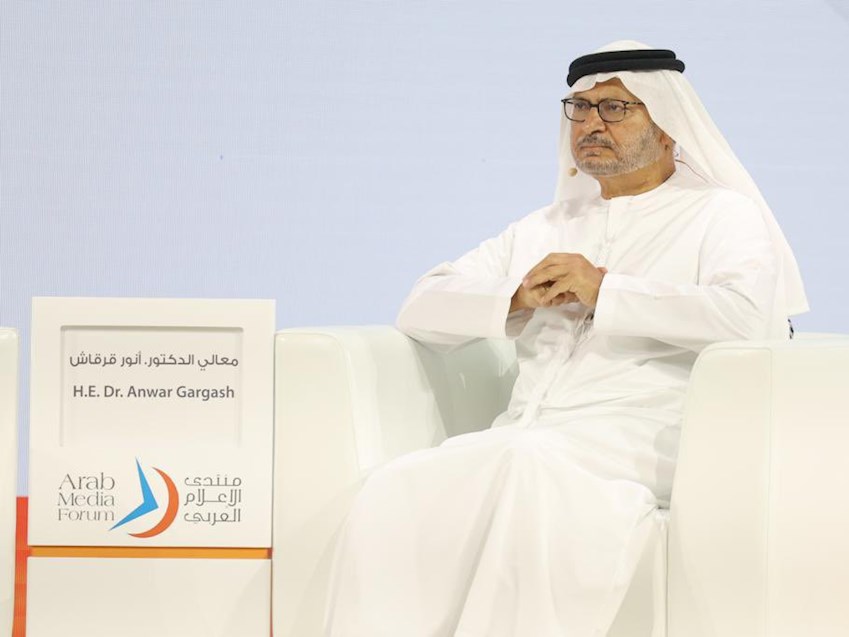 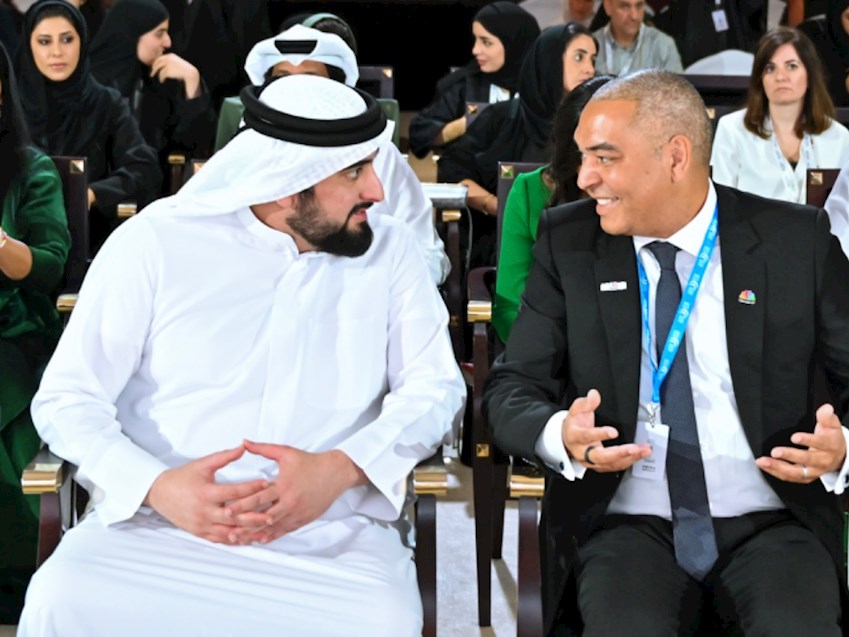 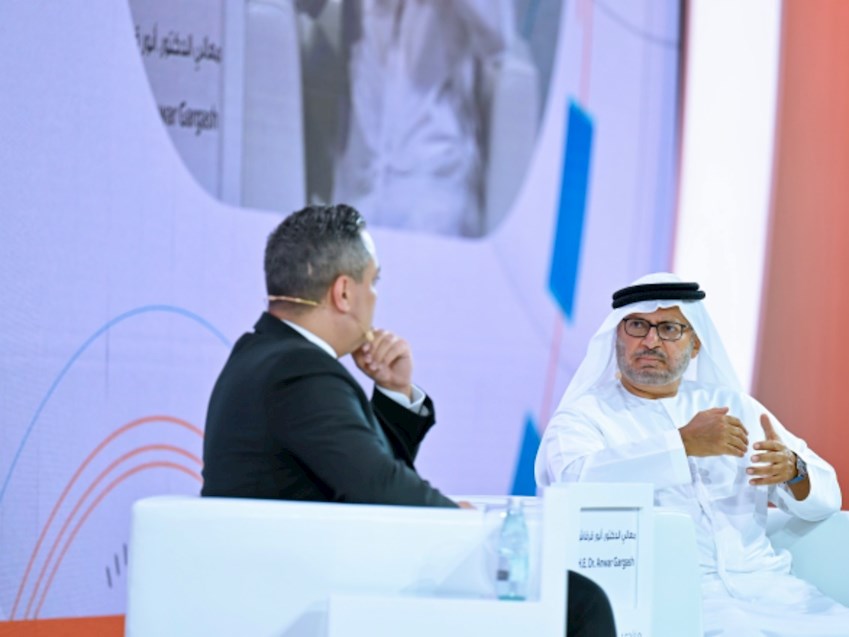 Dr. Anwar Gargash: UAE has maintained a balanced position in the Ukraine-Russia conflict and believes it is essential to find a political solution to the crisis

“The UAE is seeing new economic growth avenues. We can’t grow and maintain our lead and competitiveness by relying on traditional sectors”

The opening session on Day 2 of the 20th edition of the Arab Media Forum (AMF), held under the patronage of His Highness Sheikh Mohammed bin Rashid Al Maktoum, Vice President and Prime Minister of the UAE and Ruler of Dubai, discussed the challenges facing the region and highlighted the UAE’s balanced stance and efforts to maintain peace and stability in the Arab world and beyond.

In a session titled ‘The Middle East: Changing Perspectives,’ held in the presence of His Highness Sheikh Ahmed bin Mohammed bin Rashid Al Maktoum, Chairman of the Dubai Media Council, Her Highness Sheikha Latifa bint Mohammed bin Rashid Al Maktoum, Chairperson of the Dubai Culture and Arts Authority (Dubai Culture),  senior officials, Arab and international media leaders, and journalists, His Excellency Dr. Anwar bin Mohammed Gargash, Diplomatic Advisor to the UAE President, discussed several issues of importance to the region, including the political, economic, and security repercussions of the pandemic, the Arab Spring, the Yemen crisis, and the Ukraine-Russia conflict on countries in the Arab region and across the world.

“The UAE has maintained a balanced position in the Ukraine-Russia conflict since day one, and the country believes it is essential to find a political solution to the crisis,” Dr. Gargash said in the session that was moderated by Al Arabiya anchor Taher Baraka. Dr. Gargash said the conflict had affected not just the region but the entire world. The UAE has so far avoided the most adverse repercussions of the conflict, he said. He added that the UAE has avoided taking sides, as have several other countries, noting that the UAE’s standpoint is “positive” and that it believes all conflicts should be resolved peacefully and politically based on international laws, a vision shared by more than 100 countries

“Unfortunately, we do not see a political solution to the Ukraine-Russia conflict in the near future,” Dr. Gargash said. He noted that the conflict had created huge challenges and played a significant role in boosting inflation and disrupting energy supplies. Countries, he said, may be thinking about the price of energy, alternative energy and food security for the next two decades.

On the UAE’s economic policy, Dr. Gargash said that following an exceptional decade marked by several challenges, including the COVID-19 pandemic, regional crises and unrest, the UAE has prioritised the economy but not necessarily the “conventional economy”. Referring to UAE being one of the few countries with a population of around 10 million and a GDP of $430 billion, Dr. Gargash said that the UAE’s priority has been finding new economic growth avenues. “We can’t grow and maintain our lead and competitiveness by relying on traditional sectors,” he said.

Partnerships and bridges
The UAE is focused on rebuilding bridges that were impaired in the last 10 to 15 years. He highlighted the UAE rebuilding relationships with Iran and Turkey and the signing of the Abraham Accords. He said the UAE also aims to forge even stronger partnerships with other regional countries, such as Egypt, Saudi Arabia and Jordan among others, which will support stability, prosperity and growth across the entire region.

“Our approach is to enhance local competitiveness, improve the economy and build bridges. I believe this perspective is positive but it’s not naïve. Every country has its considerations and its viewpoint towards national security,” he said.

He pointed out that the region is slowly emerging from the repercussions of the so-called “Arab Spring,” but that it still “requires a lot of effort to put off the fires.” He noted that although some countries, like Egypt, have managed to overcome the repercussions of the “Arab Spring,” more focus is needed for attaining prosperity and growth, he said.

On the crisis in Yemen, he said it was devastating to not have a ceasefire in Yemen after seven years of war, and that it is crucial to find opportunities for a political solution that brings forth peace and stability.

On the subject of partnerships, he noted that there are clear indicators that all countries in the region welcomed collaborations. He said there should be an “Arab and regional effort” to enhance opportunities for growth, but noted that creating opportunities was not enough. “The region must work on achieving stability with prosperity,” he said.

Responding to a question on the UAE’s position on Iran in the light of some countries calling for decisive action, Dr. Gargash said the UAE may have many pending issues with Iran, including their regional policies, but dialogue, good relations, and building partnerships was the only way to boost stability and regional growth.

The “illusion” of finding a military solution by some countries will cost the region dearly, he said, adding that all efforts should be peaceful and political and respect international laws. “Political difficulties cost less than the difficulties and complexities of wars. The only solution with Iran is continuous dialogue and fostering good bilateral relationships,” he said.

Dr. Gargash also spoke about the strong UAE-Omani relations and how conversations between the two nations have focused on guaranteeing the availability of water in the post-oil era, enhancing energy security, and building partnerships through ventures. “Today, trade exchange between the two countries has reached AED50 billion, however we want this to double in the future,” he said.

He concluded the discussion stating that the UAE is succeeding in its efforts to actively implement a “zero problems” policy with neighbours and focus on building partnerships.

Organised under the theme ‘The Future of Media’, the region’s leading annual event for the industry, brought together more than 3,000 prominent regional and international media leaders, scholars, writers and experts who addressed challenges facing sectors across the industry spectrum, including print, visual and digital.