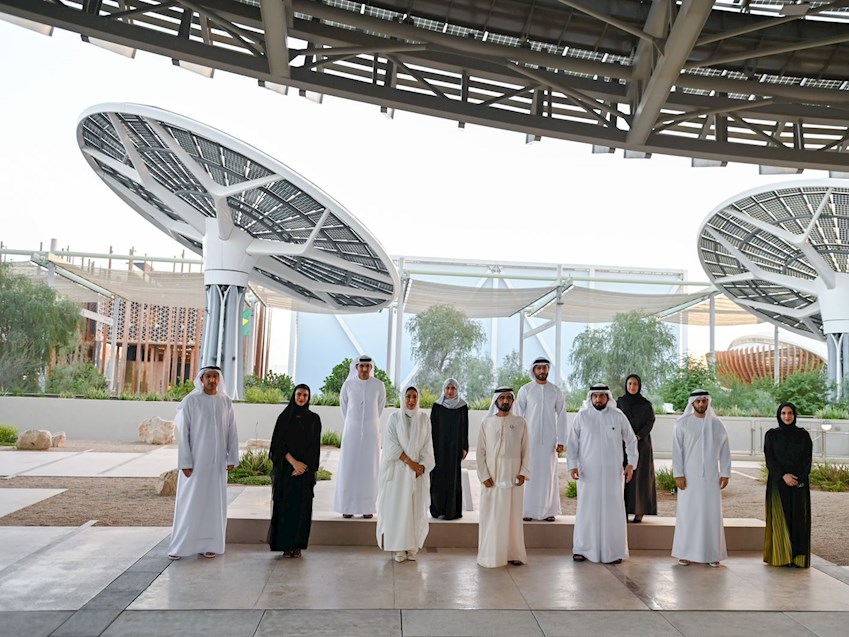 His Highness Sheikh Mohammed bin Rashid Al Maktoum, Vice President and Prime Minister of the UAE and Ruler of Dubai, today met with members of the Dubai Media Council on the sidelines of a ceremony held to honour winners of the Arab Journalism Award at Expo 2020 Dubai.

During the meeting, HH Sheikh Mohammed bin Rashid issued directives to further enhance efforts to develop the emirate’s media sector to ensure it keeps pace with advancements in different sectors, as the country prepares for the next 50 years.

His Highness said: “We place the highest priority on the development of the media, which plays a key role in the UAE’s development journey. To support the UAE’s march towards greater progress, the media needs to keep pace with the various transformations taking place across industries.”

His Highness added that new technologies can help the media advance its capabilities. However it should not come at the expense of its ethical principles. The UAE media continues to receive recognition for its objectivity, Sheikh Mohammed said, noting that any media’s power is measured by the positive impact it has on people’s lives.”

“Media organisations today are leveraging technology to expand their audience and their reach, but they should also invest in developing their talent to better tap the power of new advancements,” His Highness said.

HH Sheikh Mohammed praised the UAE media for its coverage and contributions amidst the challenging global circumstances over the last two years. The UAE media has demonstrated exemplary professionalism in highlighting the country’s efforts to combat COVID-19 and sharing positive stories on the UAE’s recovery from the global pandemic.

During the meeting, which was also attended by Her Excellency Mona Al Marri, Vice Chairperson and Managing Director of the Dubai Media Council, HH Sheikh Mohammed bin Rashid Al Maktoum was briefed on the Council’s overall strategy to accelerate the development of the media sector and ensure it stays ahead of a rapidly evolving environment.